…More insidiously, it is a plan to legitimize Israel’s ongoing effort to seize additional Palestinian land.

…It was put together primarily by Trump’s son-in-law Jared Kushner, in consultation with the Israeli government.

…It divides up the Palestinian territories and surrounds them by Israel, and gives Israel total control over Palestinian security — allowing a future Palestinian government to exercise full control over its own land only when Israel deems it acceptable. It’s a kind of state-minus: a Palestine without much of its land and subservient to Israel for basic functions.

…The plan states that “Jerusalem will remain the sovereign capital of the State of Israel, and it should remain an undivided city.” The Palestinians will be granted only a tiny fraction of the heavily Palestinian-populated part of the city known as East Jerusalem that excludes the religious holy sites.

…Not only would the future state of Palestine not be permitted to develop its own “military or paramilitary” forces — ever — but Israel would also maintain full security control over Palestinian territory until it decides not to. And if at any time Israel changes its mind, it is within its rights under the deal to retake military control.

…A peace plan is supposed to end Israel’s military occupation of the West Bank. By giving Israel full control, the Trump plan makes such a withdrawal nearly impossible to envision.

“If you put it in Israel’s hands it will never happen,” writes Ilan Goldenberg, the Middle East security director at the Center for a New American Security. “It’s a recipe for permanent occupation.”

…As soon as the Palestinians have rejected the plan — and it took only minutes for them to do so — the Israelis can say, “Well, we tried, but they wouldn’t deal.” And they can proceed with settlement expansion and land grabs, moving Israel toward “not peace, but apartheid,” as B’Tselem, a leading Israeli human rights group, put it in a press release on the proposal.

The Trump vision is, in short, a truly Orwellian creation: a “peace plan” that actually is a plan to destroy the prospects for peace.

…It doesn’t seem like an accident that the plan was released on the same day that Israel’s attorney general formally indicted Netanyahu on bribery and corruption charges.

Orwell would be proud.

…and inspired the more recent version set in NYC.

More like a plan for permanent occupation
…racist asshats.

U.S. Officials: More than 20 Saudi Students To Be Expelled In Wake Of Shooting : NPR

Paul and Sen. Mike Lee (R-Utah) emerged from Wednesday’s classified briefing deeply critical of what they characterized as a warning from senior administration officials against debating Trump’s war authority

…Lee called the presentation “the worst briefing I’ve seen, at least on a military issue.”

Paul added that he found the briefing “less than satisfying” and that it was “absurd” and “insane” to use the 2002 Iraq war authorization as the basis for an air strike against an Iranian general.

“I see no way in the world you could logically argue that an authorization to have war with Saddam Hussein has anything to with having war with people currently in Iraq,” Paul told reporters.

…There are two vastly different kinds of hijabs: the democratic hijab, the head covering that a woman chooses to wear, and the tyrannical hijab, the one that a woman is forced to wear.

…In Saudi Arabia, the abaya and niqab, allowing only women’s eyes to show, are not legally imposed, but the patriarchal society makes wearing them essentially compulsory.

Women who live under these forms of hijab effectively live under a gender apartheid. The coverings mark women as lesser citizens, legally and socially unequal. In Iran, there are restrictions on women’s ability to travel, obtain a divorce or enter sports stadiums. A woman’s courtroom testimony is in most cases given half the weight of a man’s. The forced hijab honors neither tradition nor religion; it is a powerful tool of misogynist oppression.

…These women aren’t seeking the hijab’s eradication; they are simply demanding the right to choose what they wear. They hunger for the sort of liberty that is the cornerstone of U.S. democracy. We are pleased to see Omar proudly exercise her right to don the hijab. In an era when nativism is rising in the United States and in many other countries, it is important for those who support the values of a pluralistic society to stand up for the rights of their threatened minorities. In that spirit, we wholeheartedly stand with our Muslim sisters in the West and support their choices.

In return, we ask the global sisterhood to stand with Iranian women as they fight against the mandatory hijab.

There are two types of hijabs. The difference is huge. – The Washington Post

Sorry, ladies,  Hope your holding your breathe. Omar isn’t exactly known for supporting women she doesn’t feel a kinship with. (Nancy Pelosi vs. “The Squad” anyone?)

Sit down an STFU, Ilhan.
Clearly you aren’t sophisticated enough to see reality for what it is.

Thursday’s bloodshed began when the young gunman opened fire in Baghdad’s Wathba Square, killing two shop owners and four protesters.. Security officials said the teen was wanted by police on drug-related charges and was running from security forces at the time.

Influential Shiite cleric Muqtada al-Sadr called those who killed the teen “terrorists” and warned that if they were not identified within 48 hours, he would order his militia to leave the square. Members of Saraya Salam, or Peace Brigades, are deployed in the square to protect protesters. Protesters refer to them as the “blue hats.”

The government’s inability to provide basic services, including 24-hour electricity and garbage collection, is rooted in an agreement that ended Lebanon’s civil war nearly 30 years ago. The deal divided power between the nation’s 18 recognized religious sects, effectively institutionalizing corruption, with each group able to dole out government jobs, contracts, favors and social services to its followers.

…The perpetual garbage crisis is only the most pungent example. It last exploded into public view in 2015, when the country’s political elite squabbled over a lucrative waste-management contract as mountains of uncollected trash fouled the streets of Beirut. A wave of protests ensued.

The stopgap solution was to build two new landfills. Three years after they opened, the landfills have only relocated the garbage crisis to the coast, and they are fast threatening to hit capacity.

…Employees dumped trash and toxic waste directly into the Mediterranean.

…Mr. Khoury’s company was dumping trash into the landfill without sorting it, despite a contractual requirement that recyclables be separated and hazardous material be removed.

Moreover, she found, the landfill’s breakwaters in the Mediterranean were not keeping the trash out of the water. Garbage and the toxic liquid oozing from it were going straight into the sea.

…For several years, the government has promoted incineration as a long-term solution, despite objections from environmentalists and scientists.

In June, the environment minister, Fadi Jreissati, told The Daily Star, a local newspaper, that he did not think Lebanon was “qualified” to regulate the incinerators.

…A major reason that Lebanon does not produce enough electricity for its four million people, experts say, is the powerful lobby of generator owners, whose machines provide power during daily blackouts, as well as the $1.2 billion-a-year diesel industry that fuels them.

..Hospitals, roads, schools and other projects are distributed to favored contractors according to sectarian quotas that ensure every group benefits, regardless of necessity.

To Make Sense of Lebanon’s Protests, Follow the Garbage – The New York Times 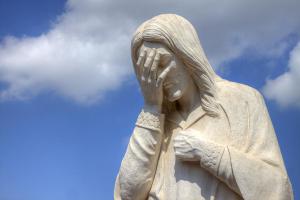 Egypt raids one of its last independent news publications, and detains some of its journalists – CNN

Benjamin Netanyahu will be indicted on charges of bribery, fraud and breach of trust – CNN

The Levant continues to be the battleground of regional rivalries, which destabilise the region and leave space for ISIL to stage a comeback. Right now Russia, Turkey and Iran, the key players in the Syrian conflict, all want the US to leave Syria but this consensus may not last after the US withdrawal.

Iran already feels that it is being excluded from the understandings between Russia and Turkey on one hand, and the US and Turkey, on the other hand.

In fact, Iran fears that the new arrangements in northern Syria, wherein Turkey and Russia try to fill in the vacuum resulting from the departure of US troops, will be at its expense. Ankara and Moscow may well be working towards preventing Tehran from establishing a “Shia crescent” across east Syria, which both the US and its closest ally Israel fear.

To complicate things even further, the Pentagon decided to keep the Syrian oil fields under US control. Oil income, according to Secretary of Defence Mark Esper, will help fund Kurdish fighters, including the ones guarding prisons that hold captured ISIL fighters. The Syrian regime cannot survive in a post-conflict environment without recovering the oil fields too.

Turkey will interpret the US move as a step towards creating a local economy for a possibly independent Kurdish entity in east Syria. Russia will not tolerate that either. This means renewed turmoil in northeast Syria is quite likely.

Second, the maladies which plague Arab countries and which ISIL exploited to recruit and expand, are still very much present. Sectarian politics in the Middle East are still raging across the Middle East, marginalising various communities; social-economic problems, like poverty, corruption, injustice, repression, etc have still not been resolved.

If these conditions are not dealt with, ISIL will no doubt make a comeback, just as al-Qaeda did in the past.